March
This month has been a little less busy in terms of Bingham work, though I am feeling the pressure a little of less and less time to prepare my GCSE and A-level students for their exams as they finish at the end of April. However, I don't have too much of the course still to cover, so hopefully all should be OK.

At the beginning of the month, we had the Bingham High School Banquet. This is another annual event, often organised by the parents of the high school students, as a sort of Bingham version of Prom, or a formal. However, Bingham's events always have a theme, and are lavishly decorated. This year's theme was a sort of 50s American diner. The organisers thought it would be great to have a live band playing 50s music, so a number of us staff and one student got together to play 50s music for the event. We had a couple short rehearsals, but it was really good fun to play Elvis Presley, Chuck Berry and other rock and roll songs. I think that it went down well and that the students appreciated it! The Bingham gym was decorated very elaborately to look like a diner, with staff members dressed accordingly and serving ice cream floats etc. Definitely looked the part! 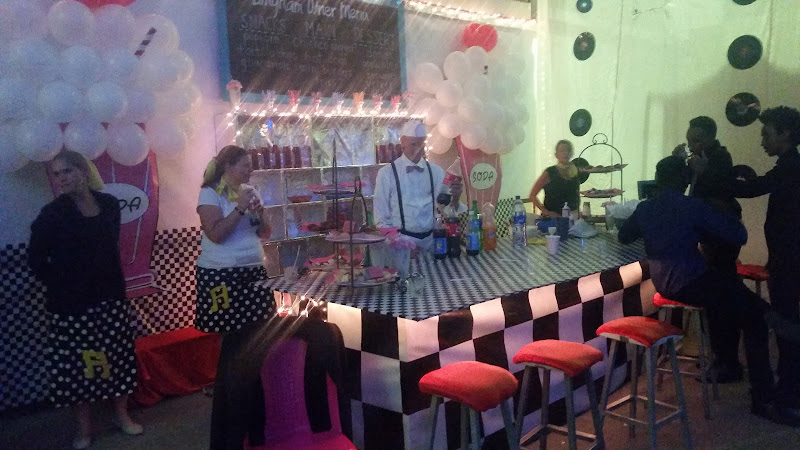 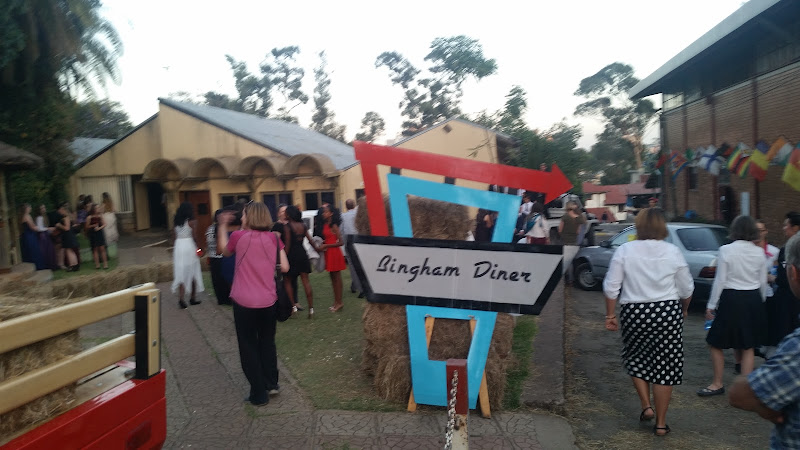 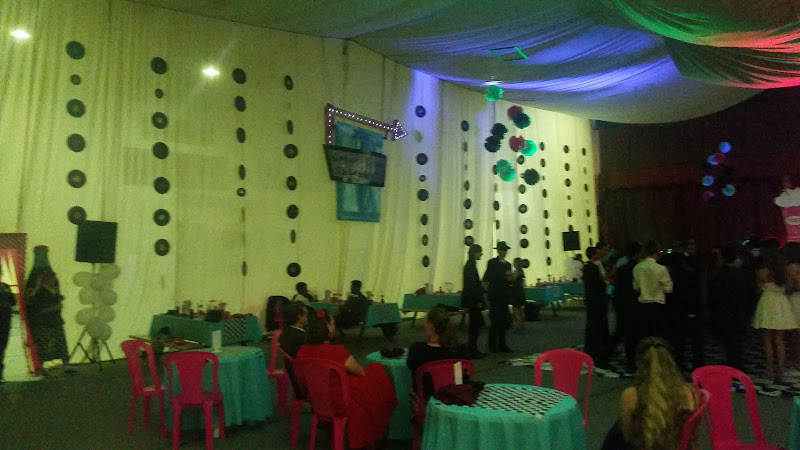 March 17th, as every Irish person knows, is St Patricks day! Sian and I held a party at my place, which was great craic. We made some green beer using food colouring, which is really more of an American tradition, but it added to the banter. The next day, Sian and I took a day trip to Wenchi Crater lake with a family at Bingham who had never been there before, and are leaving Ethiopia in the summer. We enjoyed a leasurely hike down to the hot springs that are there, and even got in along with a number of locals who were enjoying the hot mud! It was quite a cultural experience.

Our wedding plans are progressing nicely. We are ticking off items on the list, which feels good! We have also recently agreed to begin renting a small house together in a part of the city which is a perfect location for Sian, walking distance to her workplace. Some close friends of ours who were renting it had to leave suddenly. It was sad to see them go, but we are so thankful once again for God's provision for us, it's great to be able to start planning a home together!

Last week was the Bingham Activities week. This is a week where each of the middle school and high school classes go away as individual classes to various parts of Ethiopia for a week of service activities and bible teaching. This is normally in October of the year, but because of the level of unrest in the country at that time, it was postponed until now. I was assigned to go on the Grade 7 trip to... Langano. I think it was decided that because I have such a knowledge of the area that I would be best suited to help on that trip! I didn't know any of the grade 7 students, as I don't teach any of them. However, it was a good week, we helped out some locals at Langano but "mudding" their newly built house. They had made a shell of a house with sticks, and needed the gaps filled with mud that would dry. This is basically getting lots of dry dirt into the house, adding lots and lots of water, some straw and then stomping around in it to mix it. After that, it needed slapped (literally) onto the stick walls. It was hard work, but good fun and the students generally helped well. They were definitely tired out in the evenings!

In our bible sessions with the students, we looked at poverty and it's origins, what the bible says about poverty, and then from that the attitude that we as Christians should have towards poverty. We talked about various ways that we can help out practically, other than Bingham service trips to Langano. Although my group were fairly quiet in the small group discussion sessions, I hope that what we talked about will have made an impact on them when they go back to life in Addis.