This has been another busy month that we’ve had here, with things winding down towards the end of the year. The students are in the middle of their Cambridge iGCSE and A-Level exams, and the high school teachers are very much enjoying having less hours to have to teach. I’m really enjoying being able to get to many of the IT issues that I hadn’t time to get to before. All in all, I think we’re really enjoying the fact that we have only 2 weeks left of school!!

At the start of the month, we had a couple days off school, so we took the opportunity to take a trip down to Langano for some R&R. Initially, we thought we would camp because the rentable house there had been booked, but on arrival we found out the other people had cancelled so we were able to stay in the house. It turned out to be very handy, as pretty much every night it poured with rain! Langano is absolutely beautiful at the moment, the rain makes it so green. It was a really fun, relaxing couple of days with good friends, playing card games and chilling on the beach. I don’t have too many pictures unfortunately, just a few group shots at the end: 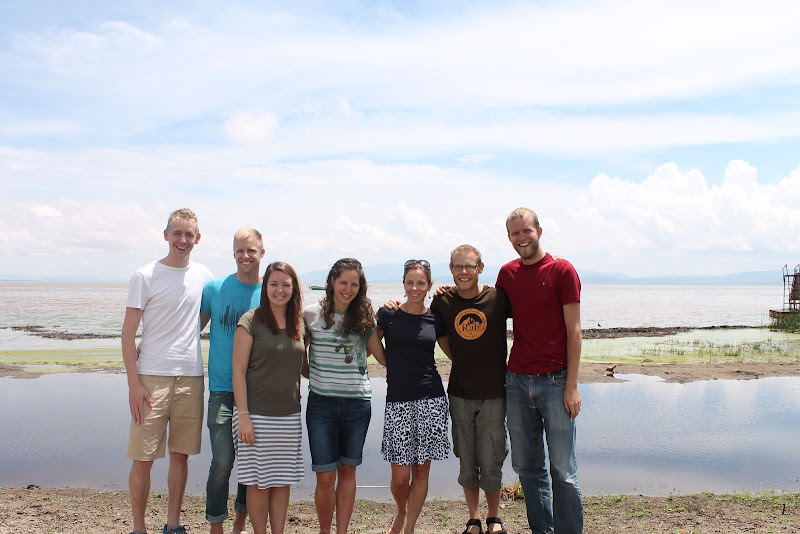 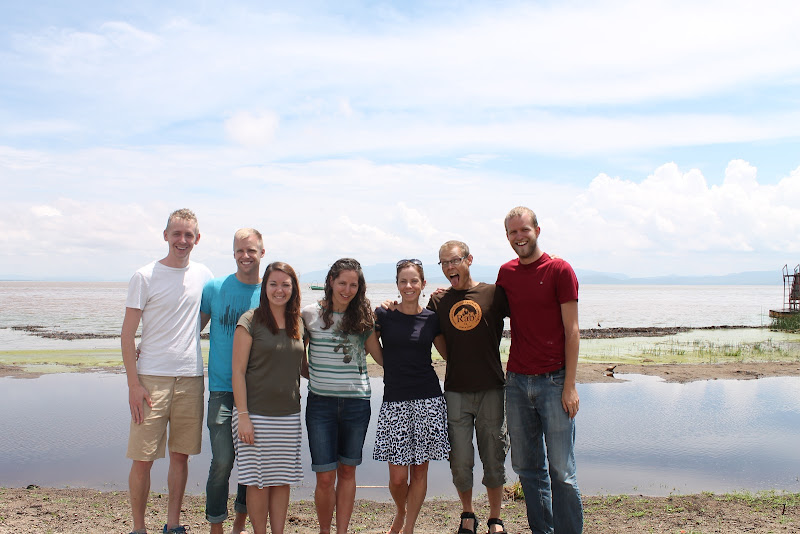 I think I started going crazy a little too early in this one :-/

One of my good friends here Andrew who works as an engineer in a children’s hospital in the city recently got engaged to one of the Bingham teachers. She and a number of the other girls at the school went off last weekend to a nearby resort for a hen weekend of spas and relaxing treatment. So we decided to organise a manly weekend of camping at Wenchi Crater Lake, a few hours’ drive from Addis. Wenchi, like Langano, has benefitted from the recent rains and is also beautiful and green at the moment. We set up camp beside some natural hot springs, and enjoyed some Swiss Fondue that our friend Philipp had brought. The hot springs are an amazing benefit to camping at Wenchi. There are two locations where the water is a beautiful temperature, just like a hot tub. After an hour soaking in that, a quick run across the meadow leads to another hot spring gushing out of a cliff, creating a warm waterfall great to shower under. It was amazing going back to the camp site after just having a hot shower! 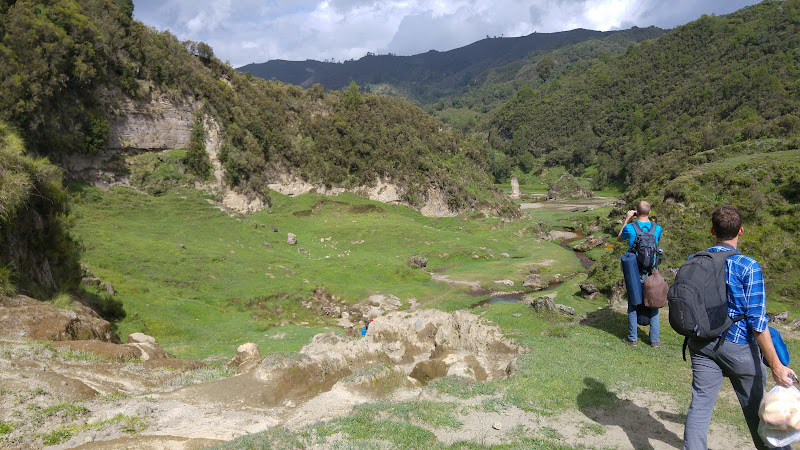 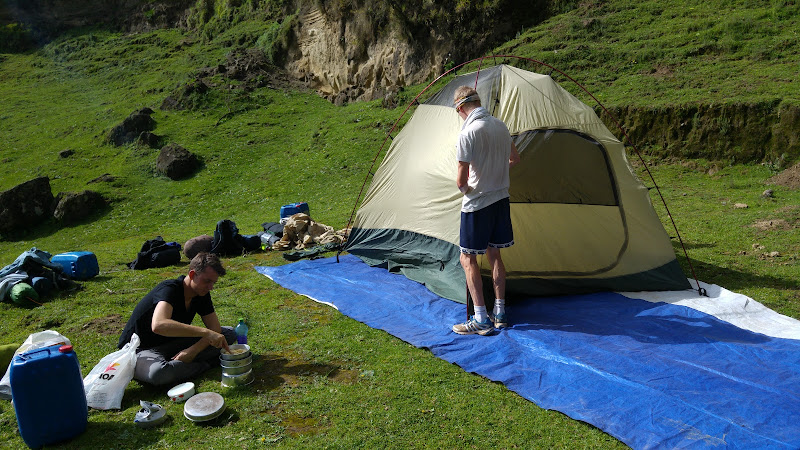 Setting up camp, while Philipp readies the Fondue 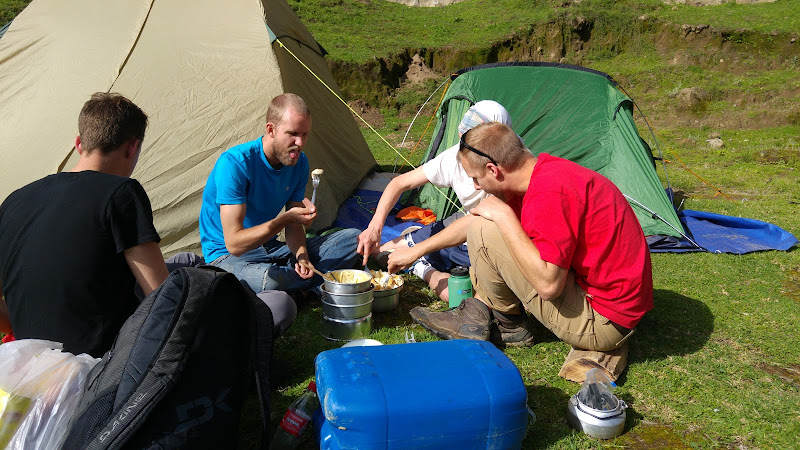 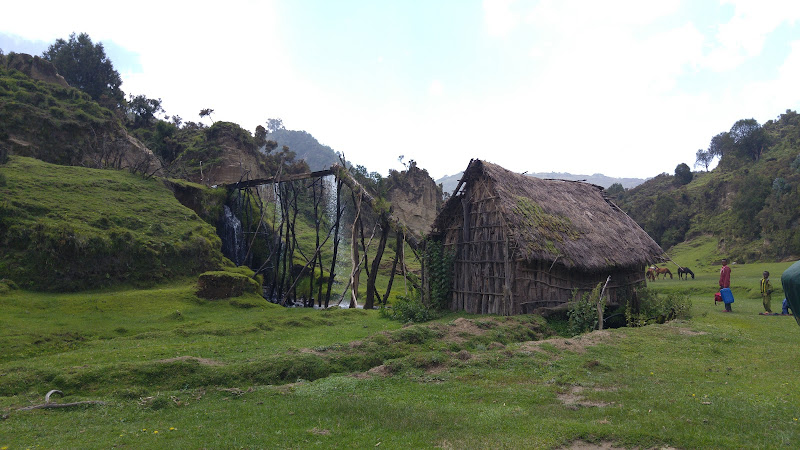 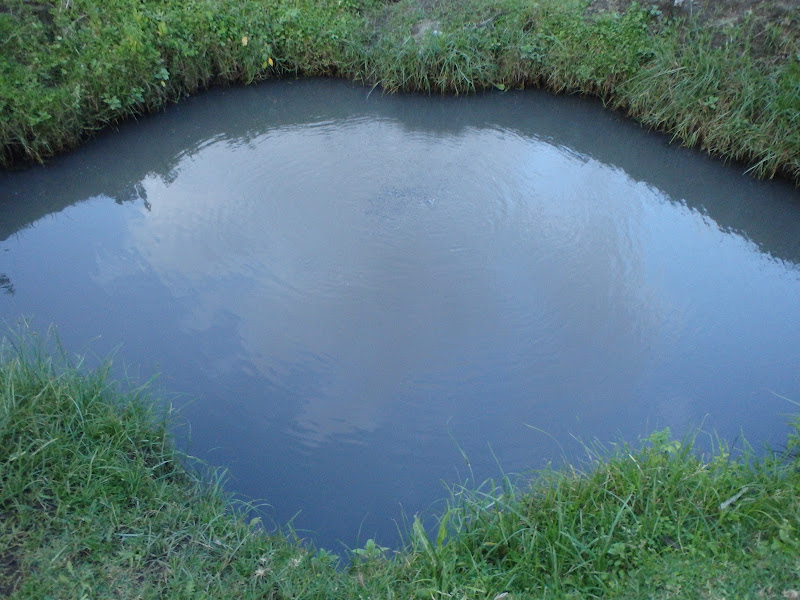 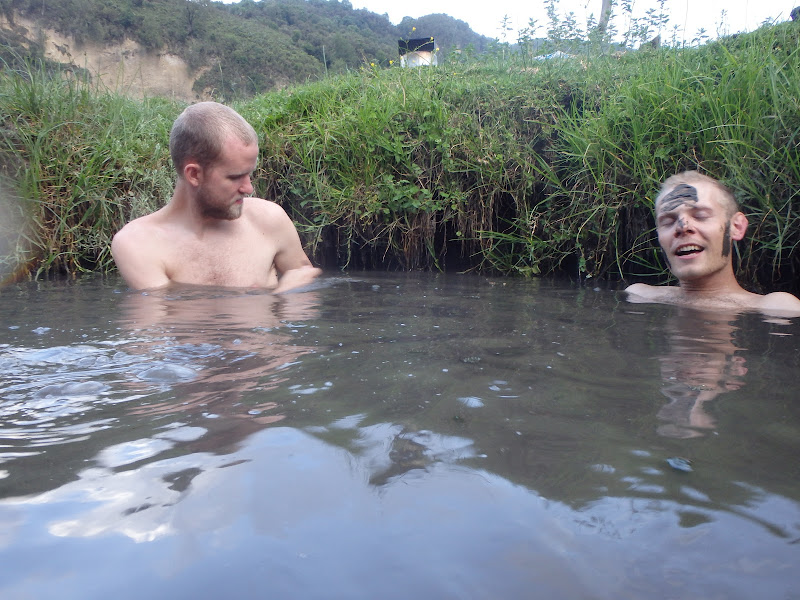 The girls weren't the only ones with a spa on their weekend.

In the morning, we set off to hike to the lake, and took a boat trip across. On the other side, we had brought a few empty jerry cans and some string, and gave Andrew his task of building a raft, and heading out into the middle of the lake. I’d figured that as an engineer, he would relish the challenge, and craft a well-built raft. But he basically just tied them together, lay on top of them, and paddled out with his hands. It was great banter though, the locals were definitely confused. One guy looked at Andrew’s work, and asked me what he was doing. I replied that he was building a boat. “But can he swim?” he asked me. When I replied that he could, he commented “Good. Because if he couldn’t, there might be a problem…” 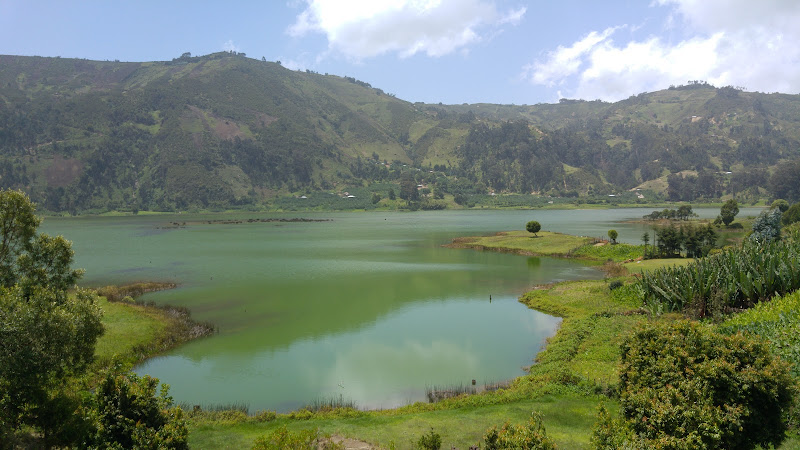 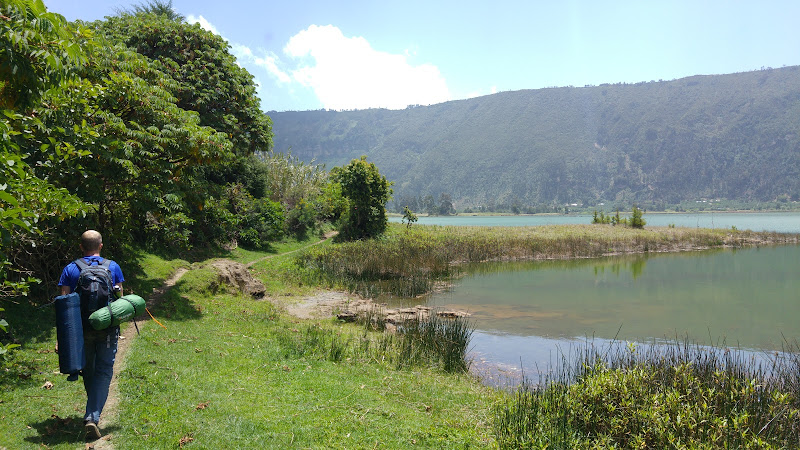 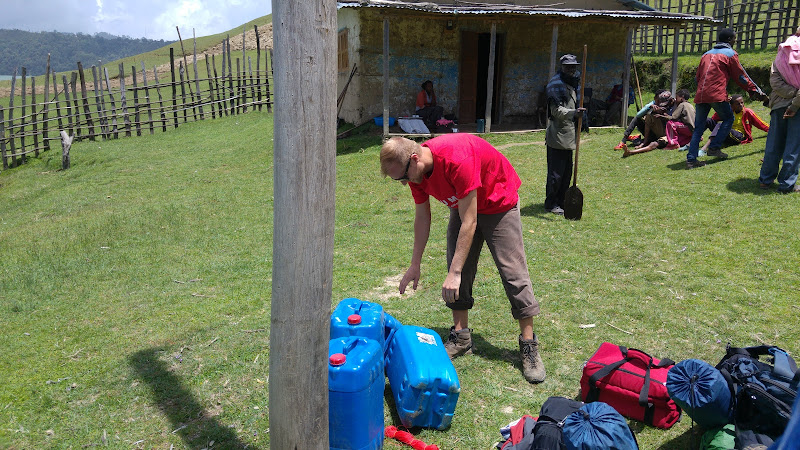 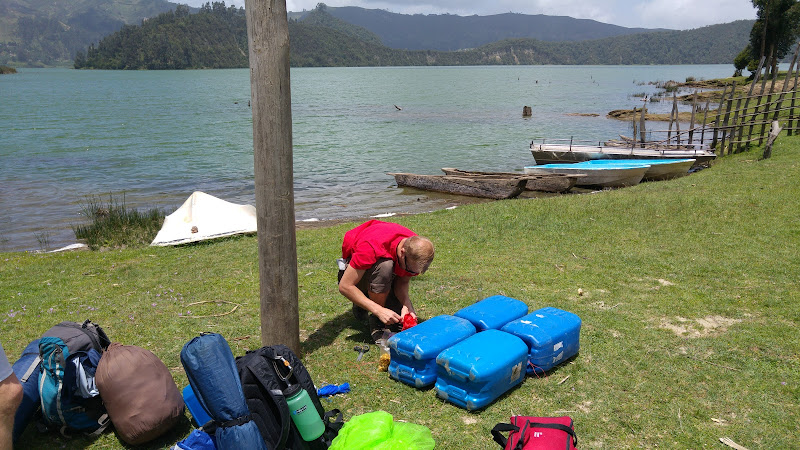 and the final design. 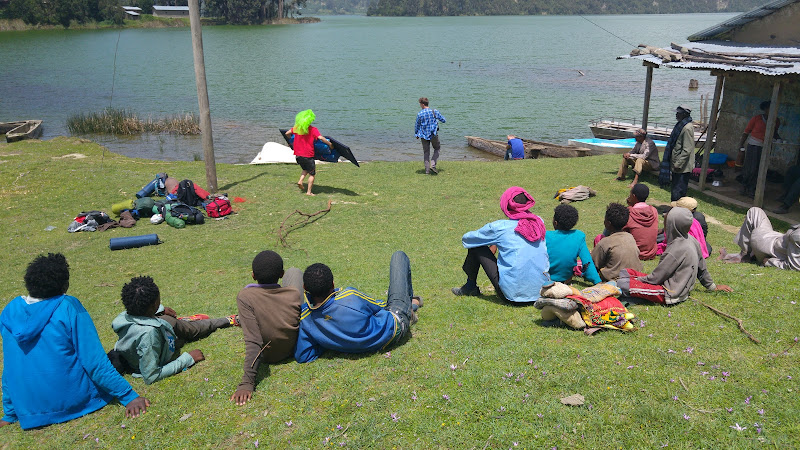 Quite the audience for the show! 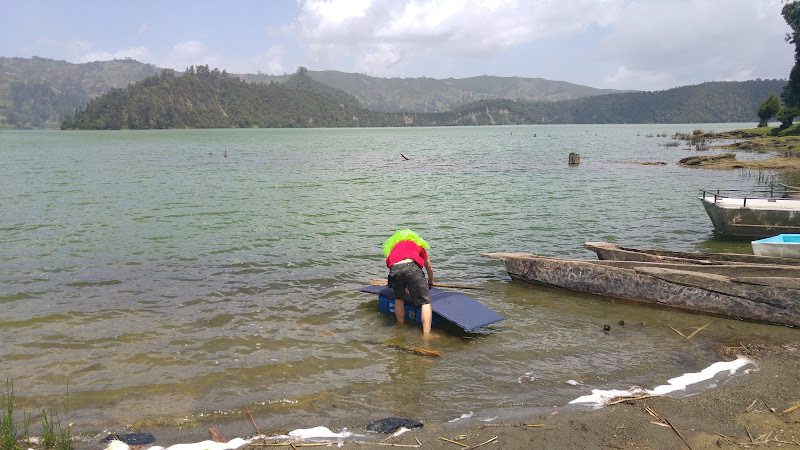 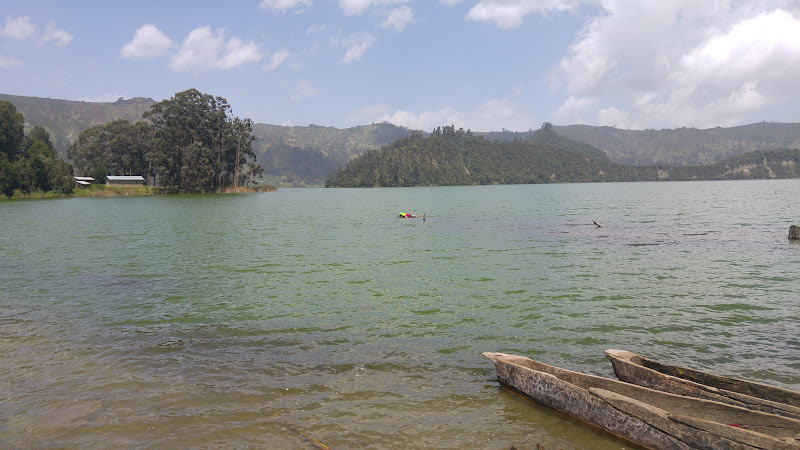 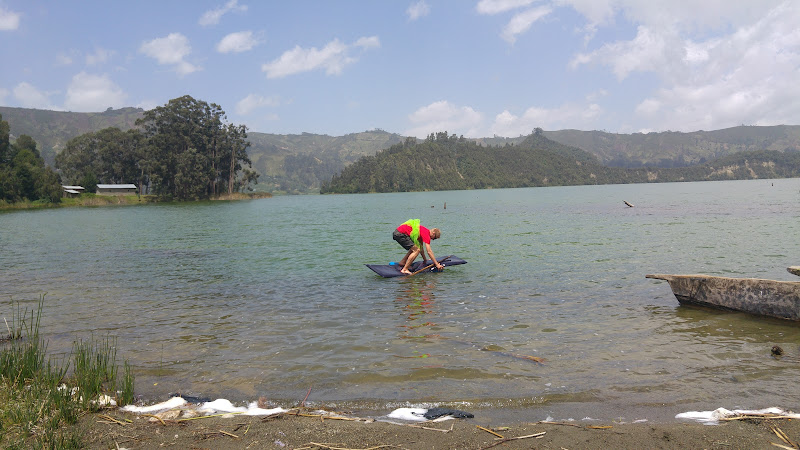 He reached the designated point too easily, so our next challenge was that he had to stand up. 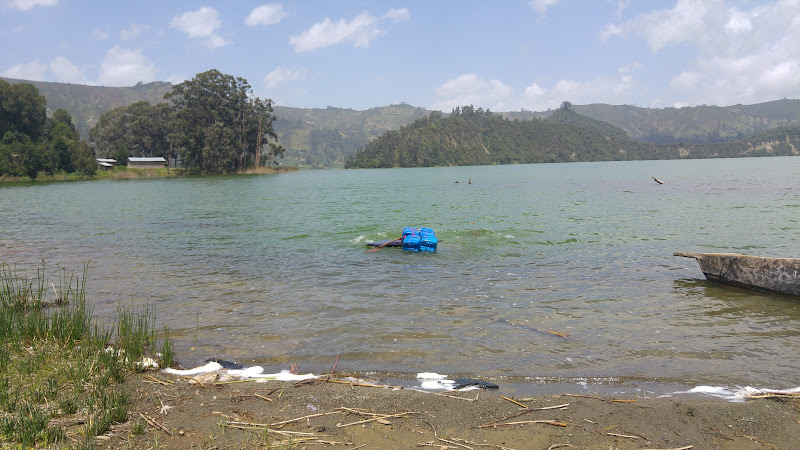 That produced the desired result.

Recently, I’ve become more involved with friends here with music. A few of us who play together in the IEC Church worship team were recently asked to play for a wedding. We’ve rehearsed a few times, the Ceremony is on Saturday. I’m really looking forward to playing with them, and seeing if it leads to any other potential opportunities. It is wonderful to be able to play in a band again, it was very hard to leave my band in Ireland and I have really missed being a part of it. Praise God for these encouragements!

Have finished up all my evaluations about the year with the admin staff here. It has been good to sit down with them, talk things through about how this year has been, and discuss how I can make the next year a little less crazy and stressful. They are very understandable, next year I don’t think my teaching load will decrease, but I have asked to have more blocks of free time in my timetable, rather than almost every other hour as it is at present. More time at once will hopefully give me more chance to focus on other tasks. I’m also determined to think hard at the start of the year about what extra-curricular activities that I’ll take on. Please pray for me that I’ll be able to be diligent about saying no to too many activities, and that I’ll be able to manage my time effectively next year.

More pics from the month here: